In a stakeholder planning meeting held in Enugu, the executive director of CAPIO, Rev. Fr. Ambrose Ekereoku decried the rate at which youths are languishing in different prison custodies over cult related issues.

Fr. Ekereoku called for a vigorous campaign against cultism and other related vices stating that it will curb the menace of cultism and give the youths a better tomorrow.

Commending the Inspector General of Police for bringing the POCACOV initiative, he stated that CAPIO will partner with POCACOV in other to deepen the sensitization.

Speaking during the event, National Coordinator of POCACOV, CSP Ebere Amarizu thanked the executive director of CAPIO, stating that POCACOV will keep partnering with relevant stake holders to sensitize and pass out the right message against cultism and other Vices to the youths.

POCACOV will be extending its campaign against cultism and other Vices to some states like Kogi and Benue states with different stakeholders with the aim of passing the message of POCACOV in line with community oriented policing tenets.

POCACOV! IT’S ALL ABOUT YOU. 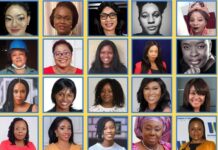 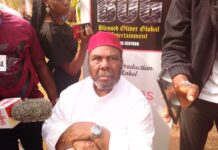 Kneeling Down To Propose To A Woman Is “Madness” – Pete Edochie