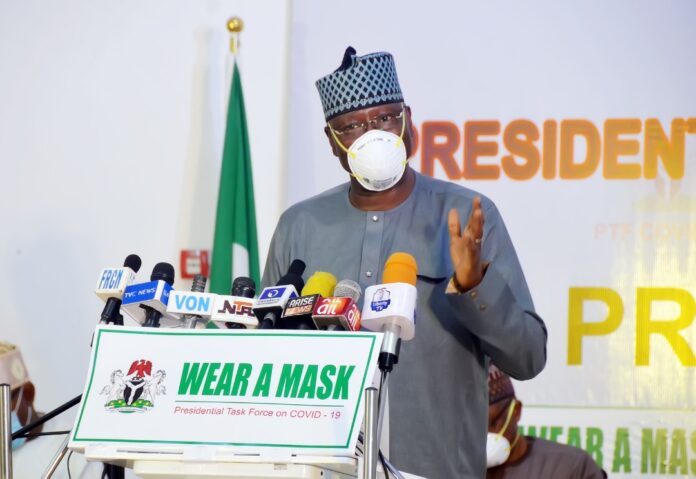 …Speaks on the reopening of schools

The Federal Government on Monday in Abuja has raised the alarm that states in the South-eastern part of the country were not carrying out enough COVID-19 testing.

It warned against undermining testing for the virus, saying it may lead to undesirable consequences.

The Secretary to the Government of the Federation (SGF) and Chairman, Presidential Task Force (PTF) on COVID-19, Boss Mustapha, gave the warning while answering questions at the 41st joint national briefing of the task force.

This is as he also warned against hasty re-opening of schools in the country to avoid the severe consequences the way it happened to other countries.

Mustapha said that the Southeast was not doing much testing, thus could not allow the task force to understand the extent of the spread of the virus in the region to make for adequate planning and provisions.

“Of about 76, 800 plus of the number of tests that we have conducted, when I looked at the five southeastern states, they accounted for just 1,625 as of June 1.

“That number is an indication of under-testing and it is a message that should go out to all the states.

“Do not under-test because when it will blow up on your face, you will get overwhelmed.

“So, begin to search now and test so that you know what eventually might come your way and you begin to prepare for it.

“For all the states that have not been ramping up their tests, my advice to them is, ramp up your tests.

“If you do not find, thank God for it.

“But begin to prepare as if you already have so that when it eventually comes, you won’t be taken by surprise,” Mustapha said.

Speaking on the re-opening of schools, the SGF said there was the case of South Korea that re-opened the schools and had to shut them again when the cases spiked.

“There is also the recent case of Israel that also re-opened the schools and shut them again.

“So, we should learn from what is happening to others,” he added.