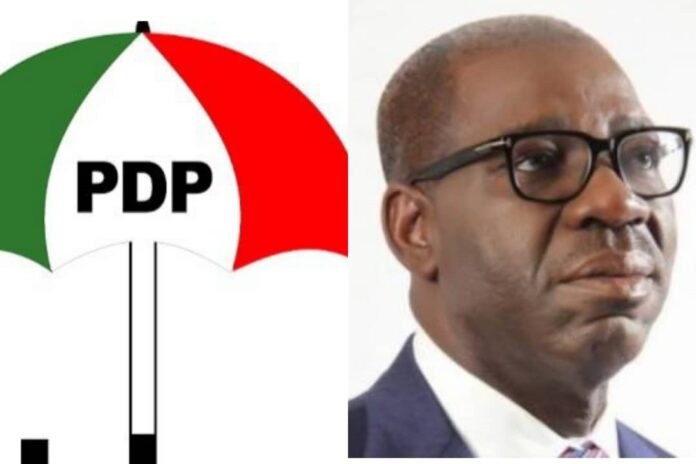 A high court in Ekpoma, Edo state, has restrained the Peoples Democratic Party (PDP) from excluding Godwin Obaseki, governor of Edo state, from participating in the gubernatorial primary slated for Thursday.

A federal high court in Port Harcourt, Rivers state, had restrained Obaseki from contesting the primary based on a suit filed by Omoregie Ogbeide-Ihama, a PDP aspirant.

Ogbedie-Ihama had gbeide-Ihama prayed the court to restrain Obaseki from contesting the primary election on grounds that he did not purchase the form within the time stated in the party’s time-table.

He had asked the court to allow only aspirants who purchased the party’s nomination form and were screened within the stipulated time to contest the primary and the court granted his prayers.

But in another suit brought before the high court in Edo, one Felix Irioh asked that Obaseki be allowed to contest the primary on the grounds that the PDP granted him a waiver.

In his ruling, J. O. Okeaya-Inneh, the judge, said: ” I find in my humble view that the applicants have satisfied the guidelines for the grant of the orders sought as enjoined in the celebrated landmark case of Kotoye v CBN (1989), 1 NWLR PT. 98, 419 at 441.