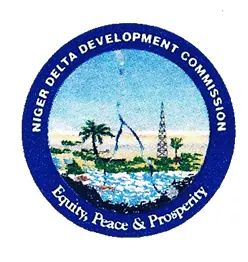 In reenacting Extraction, Wike the new face of Indaboski Bahose, the liquid metal did not only indict himself as a person of interest in the NDDC fleece race, he reaffirmed for the repeated time why state policing would be a disaster. But, how is it that the police guys ended up in Rivers to lay siege on Ms Nunieh anyway? were they there to escort her to the Saintly Nass Complex in Abuja to appear before the probe committee? They must have information that she plans to take the back00 door out of Obodo Naija otherwise there would have been no need to invite her to the station on the same day she was to fly to Abuja…

But while we are contemplating the Polices’ motives, one needs to take a moment to imagine Oga Wike’s notoriety which can only be eclipsed in depth and stupidity by the endorsement it garnered from Nigerians. Interestingly, those clapping hardest are the same people for whom Madam Nunieh was alleged to have ambushed right in the thick of Kworona to separate them from whopping sums in Billions in the name of palliative benefits and many other sundry expenditures.

Although, like someone rightly submitted, the case of Nunieh ought not be treated like anything novel. After all, Alameseigha, Ibori and even recently, a certain Cheap Wheep of what should ordinarily be a respected institution of governance who by way has been declared president in waiting by a man of god, was returned home from a botched conviction of corruption amidst fanfare, pump and pageantry. For those who don’t understand this kind of thing, it is called: My thief is my problem since the thieving was perpetrated against me! It doesn’t matter that these thieves all have something in common. For instance, whether they be from Aboki-land or the other side, they possess this craze for foreign things like foreign schools for their children, latest foreign cars, daily delivery of American Pizza etc. That their praisers seem not to have figured out or are too beaten to care. It doesn’t matter that Innoson makes wonderful Nigerian cars or that we have some of the world best Universities in Zaria, Ibadan, Lagos, Benin, Jos, Maiduguri and pretty much everywhere that have remained under lock and key because ASUU will rather they are improved to some standard than enrol in IPPIS.

Our people down south wee tell you not to chook mouth in their problems. After all, northerners have been packing the money from emperor Wike’s neck of the wood for a very long time so it is only fair that heroes like madam Nunieh help themselves to the pie at the first time of asking because in Nigeria, opportunity comes but once. It shouldn’t matter whether the appointment was called CARETAKER. Such complicated titles have a way of telling folks to make hay while sun shine. Ayam very sure this is what Pondei had in mind when he declared to a legislative kwamiti that he and others did Kworona for themselves with N1.5bn and that the man heading the hydra snake kwamiti is himself soiled by the NDDC red oil pot. Who will blame these people when the word on the street is that BooHari is always sacking Southerners and replacing them with herdsmen.

Oh wait! No herder has had the misfortune of running NDDC before fa? Something needs be done to ensure that one aboki takes the blame for the stench from that place. Wait, what am I even saying sef? Not fewer than 10 people who I thought understand perspectives have conveniently placed the blame for the decade long abracadabra in NDDC on BooHari. This man must be very wonderful. In truth, the man deserves blame. With the exception of this Kworona inspired revised budget, Bubu had infamously increased exponentially the funds budgeted for NDDC. From N41.05 Billion in 2016 to N100.2bn in 2019!

Phew… Such largesse! Abeg who won’t want a piece of such readily available pie? Who cares if these monies were purportedly set aside for the development of a people whose environment has been so battered by the goresome realities of oil exploration. With reports of abandoned water projects and other essential projects like roads, schools, hospitals and many others all paid for and written off as completed by these same characters with Ogbonge titles, one wonders where the people are getting the strength to still drum support for their slavers from? This classic uncle Tom and Master bond ought to have gone out of fashion na. But you know what they say, old things are becoming new!

Meanwhile, our Magu is facing his Magu-magu allegations without as much fanfare from HIS PEOPLE as the exclusive viewing that Extractor WIKE has enjoyed in Nigeria’s box office since his daring show of solidarity aided and abetted the transfer of a person of interest to the Rivers new police holding area in the gomnent haus! In the same vein, some said one Malami – a jarumi at law is suddenly unaware of the Dala rain that washed his newly wedded son all the way to that wonderment mansion gifted him by only God knows who!

I did see a Video of somebody putting something inside Oga number two’s boot in a nondescript place. Wailers are claiming that the duffel bag contained something from the nonexistent something that Magu said without mincing words that the respected man of God never collected. This is how somebody wrote one nonsense story that a Sinnator who is also a member of the sinnate kwamiti probing NDDC got a contract of N3.7 bn to supply plastic chairs to the warehouse of the same company contracted to execute the contract. In plain English, the contract was awarded to buy plastic chairs and give it back to the same company that sold it. Please don’t ask me why. But isn’t Nigeria great?

READ ALSO  DEMOCRACY: Adams Oshiomhole and Other Bulls in a China Shop By Law Mefor

It is this type of freedom to share anything without hindrance that made awa sinnators to contemplate enacting that Social Media Gagging – sorry – Regulation law. But as we proceed towards Edo and Ondo, I expect that more revelations of great damnation will come out of the forensic cum legislative probe of NDDC. But as with the Ndudi Elumelu Power probe of yesteryears, I expect the findings from this one to also last only long enough to whet our appetite. What we eat afterwards is not my problem. After all, I hear Economists are saying high cost of food is good for the economy. I wonder why we worry too much in this kwantiri!