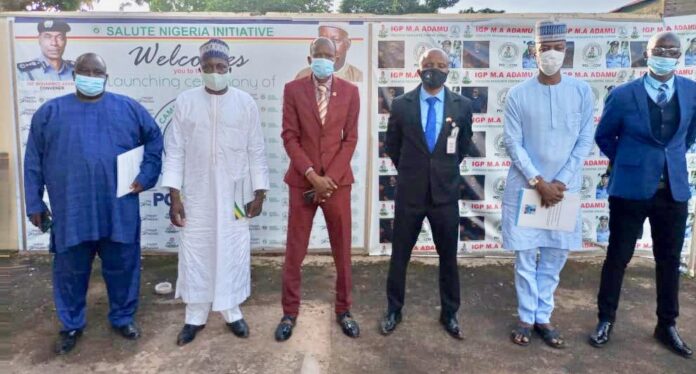 The Nigeria Football Federation (NFF) has identified with the Police Campaign Against Cultism and Other Vices (POCACOV)and also commended the Inspector General of Police Mohammed Abubakar Adamu and the Nigeria Police Force for the programme which they described as timely intervention.

The football body gave the commendation when some of the Nigeria football federation(NFF) executive/Board members paid a visit to the IGP M.A Adamu POCACOV Resource Centre in Enugu on the 24th of July, 2020.

READ ALSO  ONE-ON-ONE WITH PRINCE OF MBURUBU AS HE BARES IT ALL AHEAD OF 2019 ELECTION.

In their separate speeches, they applauded the efforts of the Nigeria Police Force Under IGP M.A Adamu, pointing out that as a football body, they deal with the youths and there’s need for them to partner with POCACOV as it will help to give them that strategic leadership and  divert the minds of the youths away from vices.

The National Coordinator of POCACOV CSP Ebere Amaraizu while responding, gave an overview of what POCACOV stands for highlighting that POCACOV is a community driven and oriented programme and involving different stakeholders in line with the principle of Community oriented policing.

The campaign employs advocacy, awareness creation and sensitization, re-orientation amongst others using different strategies and tactics in driving home their message(s).

He revealed that Nationwide league one and Nigeria National League are all partners in progress with POCACOV and requested for the partnership of the women league board and others where the youths could be found since it is a programme by the youths and for the youth.

During the visit, Comrade Ahmed Fresh Yusuf and others were formally unveiled as POCACOV STAKEHOLDERS across the country with a charge for them to keep the light of POCACOV and its campaign on in their various states.

POCACOV is an initiative of the Nigeria Police Force Under IGP Mohammed Abubakar Adamu  aimed at Saving Nigerian Children and Youths from the Claws of Cultism,Substance Abuse,Sexual and Gender Based Violence,Thuggery/violence(DABA) and Other Vices in the country thereby making the society safe and secured.