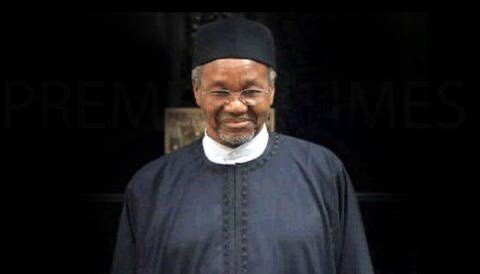 A significant number of people have died due to misdiagnosis of their medical conditions done with the best of intentions. One can be right the wrong way and vice versa. Such is life. The nephew and closest confidant of President Muhammadu Buhari, in a BBC Hausa interview days ago, called for merit in deciding who governs Nigeria at the expiration of Buhari’s tenure.

In case you missed the interview, Daura said: “This turn by turn, it was done once, it was done twice, and it was done trice…It is better for this country to be one… It should be for the most competent and not for someone who comes from somewhere…”

What one understands the elder statesman to say is: Nigeria has come of age when merit should govern our national life. This is not quite a fair postulation if merit will not be applied in every aspect. The office of the President cannot be an exception and since federal character is what obtained, given its indivisible nature, only rotation can apply to it. For related good reasons, the Federal Character and Quota System still override merit in most official considerations in Nigeria as ways of carrying every part of country along. This is point missed by the elder statesman.

Right from the foundation of Nigeria the political and structural imbalances of the country have been at issue and have caused much crisis and continually arrest the nation’s development. Before independence, Nigeria operated three regions, two in the South and one in the North. Nigeria added one more region in 1963 – Mid-Western Region, still in the South. The four regions operated up till the Biafra civil war when the then head of state Yakubu Gowon abolished the 4 regions and created 12 States. Major General Johnson Thomas Umunnakwe Aguiyi-Ironsi created no states. General Olusegun Obasanjo who succeeded Murtala Mohammed, who also created states, did not create any State also.

Generals Ibrahim Badamasi Babangida and Sani Abacha created States as Heads of State of Nigeria, bringing the number of States in Nigeria to 36 plus the Federal Capital Territory, which is also given the Status of a State, given the North an overarching advantage where it comes determining who becomes the President of Nigeria.

The number of Local Governments in Nigeria (774) also gives the North nearly 60% while about 40% to the Southern part, using landmass instead of human population. Yet, these amorphously and unfairly created States and Local governments form the basis of determining which part of the country produces the President of Nigeria. Going by the provisions of the 1999 Constitution, it stipulates that the winner of the nation’s presidential election would score 25% of the votes in 2/3rd of the States of the federation and simple majority of votes. This makes it almost certain that the North is always in a position to determine who emerges the President of Nigeria at any time.

Yes, democracy is about majority but where the primordial sentiments and skewed structures pervading the nation are irrational, other measures must come to play to stabilize the polity. Voters do not consider candidates on merit in Nigeria but on religion, ethnicity, and region and so on. There is nothing democratic about that pattern of voting and where it is rife and one side of the country dominates the rest based on such factors, rotation becomes inevitable. Such factors made the United States of America to introduce popular votes and electoral votes.

Recall that Hillary Clinton won the popular votes but Donald J. Trump is President based on electoral votes. One may as well argue that the US approach is undemocratic but it has kept the country peaceful and progressive. Zoning of presidential position in Nigeria is akin to the US introduction of Electoral Votes, which supersedes popular votes where necessary.

Nigerian political class was therefore wise for the zoning understanding that has decided the political life of the country since 1999. It has served the nation well and each time efforts are made to set it aside, there has been an overly overheating of the polity. The most classic example of the crisis was an attempt by an incumbent to go for another term when the power ought to move to Northern Nigeria. The attempt of President Goodluck Jonathan (as he then was) to set aside zoning to enable him contest again brought the nation to a precipice.

That decision to set aside rotation and zoning gave oxygen to the formation of the first successful coalition to stop Dr. Goodluck i.e. the All Progressives Congress (APC). It formed the basis for the legacy political parties, namely: Congress for Progressive Change (CPC), Action Congress of Nigeria (CAN), All Nigerian Peoples Party (ANPP) and a faction of the PDP rally Nigerians.

The political leaders rallied round APC because it was a just resistance of an action to thwart a beautiful measure aimed at giving the nation political stability and progress.

In other words, merit as seen by the elder statesman, Mamman Daura is inoperable and does not apply to the nation’s presidency without moderating factors given their due premiums. Again, it also depends on how the nation applies merit. Nigeria as perhaps 6 nations rolled up in one can always have competent men and women in each of the six zones.

In the South East for example (just like in other regions of the country), there are at least a dozen acknowledged men and women who can provide topnotch leadership to our nation.

In other words, rotation does not mean that merit is scarified in Nigeria. Those who have ruled Nigeria were blighted by the nation’s skewed structures, which they lacked the political will to confront, not lack of merit.

There is none who has ruled Nigeria that was not competent enough. But each either lacked the guts to set the skewed structures of Nigeria aright or they maintained the status quo for the little, passing gains enjoyed by their regions.

Those who argue otherwise argue amiss. Merit and competence to rule a country render the many factors of leadership too secondary. The real deciding factors could be National visibility, acceptability, Integrity and Political courage. However, in application, judging by the Nigerian experience, what is important is the person being known and acceptable to a broad spectrum of national power stakeholders, influencers and to the generality of Nigerians.

Elder Statesman Mamman Daura knows what is meant by “broad spectrum of national power stakeholders”. To this group who decide who rules Nigeria, merit is not an educational qualification. It means much more. After all, to date Jonathan has been the only university graduate to rule Nigeria.

Rotation of presidential power became inevitable. All the factors that have made Restructuring Nigeria inevitable have equally made rotation inevitable. These are the centrifugal forces tearing the nation apart. All the measures that can help keep Nigeria one, progressive and peaceful are, by all means, democratic. Democracy is agreement and consensus, and there is nothing more consensus than rotation, given the nation’s peculiarity. 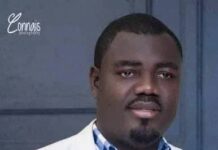 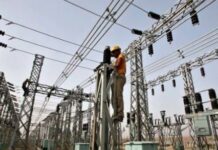