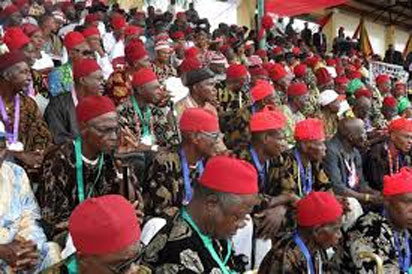 A leading pan-Igbo Organization, Igbo Leadership Development Foundation (ILDF), which organized a national dialogue on National Unity, Restructuring and Rotation of Presidential Power in Nigeria in Abuja in March, 2020, has released a shortlist of those who they believe are eminently qualified to be the President of Nigeria in 2023 from the South East zone.

In a statement signed by the organization’s Chairman Dr. Godwin Ifeanyi Udibe and Vice Chairman/Director Public Affairs, Dr. Law Mefor, the organization stated: ”On the criteria and principles of selection of potential candidates (from the South East), the ILDF is persuaded to promote the following qualities: i. National Visibility, Acceptability, Integrity and Political courage – the person should be known and acceptable to a broad spectrum of national power stakeholders, influencers and to the generality of Nigerians; ii. Prudence in the management of human and material resources; iii. Commitment to equity and pan-Nigerianism; iv. Solid and Sound Educational background; and v. International Reach and Exposure.

The statement further stated that the shortlist is subject to review following further consultations.

They narrowed their shortlist to the South East alone in line with their belief in the principle of zoning and rotation of the presidential seat. The statement thus reads: “On rotational Presidency particularly, ILDF reiterates: The Culture of Rotational Presidency between the North and South has helped to douse the political tension in Nigeria. We therefore recommend that it be continued for now for the good of the federation.”

Their position is that since the current President is from the North it presupposes that after his 8-year tenure, the next President should come from Southern Nigeria and since South West and South South have occupied the office in the current dispensation, the South East is next in line in the spirit of the rotation principle. In their words, “In all fairness, equity and good judgment, the next President from Southern Nigeria should be produced by the South East. This will bring an end to the manifest marginalization of the South East. This will also bring to a close the civil war in Nigeria which has lingered for 50 years since the end of hostilities and engender unity.

“A President of Igbo Extraction will foster the unity of Nigeria. The people who constitute the cement that holds Nigeria together, if given the opportunity to preside over the affairs of Nigeria will guarantee that no part of this country will ever suffer marginalization, ” the Statement concludes. 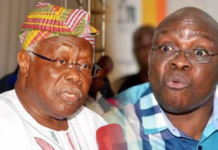 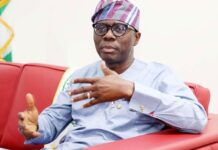