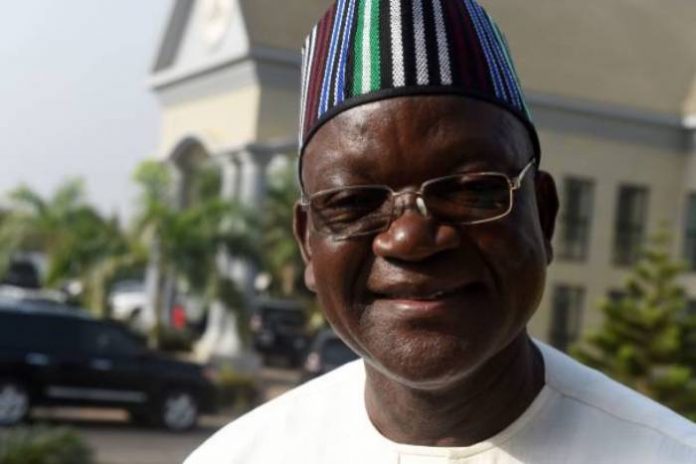 Governor Samuel Ortom of Benue State has described the National Water Resources Bill as another Ruga aimed at creating grazing areas for herdsmen along shorelines.

Ortom made the remark while also urging the National Assembly to reject the bill in the interest of the country.

The Governor said the bill which seeks to bring all water sources (surface and underground) as well as river banks under the control of the Federal Government through its agencies is anti-federalism and negates the right of Nigerians to their God-given resources.

Section 13 of the Bill, states thus: “In implementing the principles under subsection (2) of this section, the institutions established under this Act shall promote integrated water resources management and the coordinated management of land and water resources, surface water and groundwater resources, river basins and adjacent marine and coastal environment and upstream and downstream interests.”

However, a statement by Ortom’s spokesman, Tever Akase, described as “curious, the reintroduction of the National Water Resources Bill, which was rejected in 2018 by the 8th Assembly.”

The statement added: “The Governor is convinced that those pushing for the passage of the bill at all costs have a surreptitious motive which is not yet clear to other Nigerians.

“The bill, in addition to its provisions which are at variance with the Land Use Act, is a disguised land-grabbing legislation designed to grant pastoralists unhindered access to river basins, adjacent marine and coastal environments across the country.

“The Governor maintains that the bill is another version of Ruga which objective is to create grazing areas in the 36 states of the federation for herders and their livestock.”

Ortom also commended socio-cultural organizations such as Afenifere, Ohanaeze and Middle Belt Forum for speaking against the reintroduction of the bill at the National Assembly.

He appealed to federal lawmakers to act as true representatives of the people for the sake of posterity, and to remember that the destiny of the country lies in their hands.

The governor advised Senators and members of the House of Representatives to toe the path of honour by rejecting the National Water Resources Bill like the 8th Assembly did.