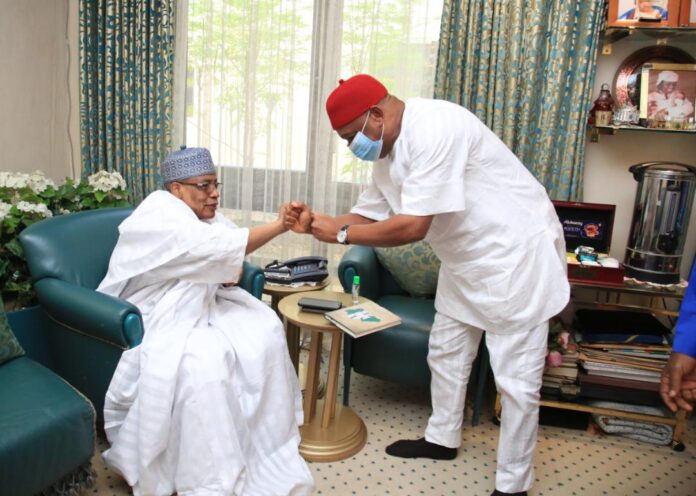 The Chief Whip of the Senate and former Governor of Abia State, Dr. Orji Uzor Kalu has arrived Minna,Niger state for his visit to his political leaders.

The Senate Chief Whip is currently with the former Military head of state,  General Ibrahim Babangida (IBB) , after which he will proceed to the homes of former President of Nigeria and Military General, Abdulsalami Abubakar, Governor of Niger state Abubakar Sani Bello and  Emir, Etsu of Lapai,Niger State,

Details of the meeting are still being gathered as at the time of filing this report.