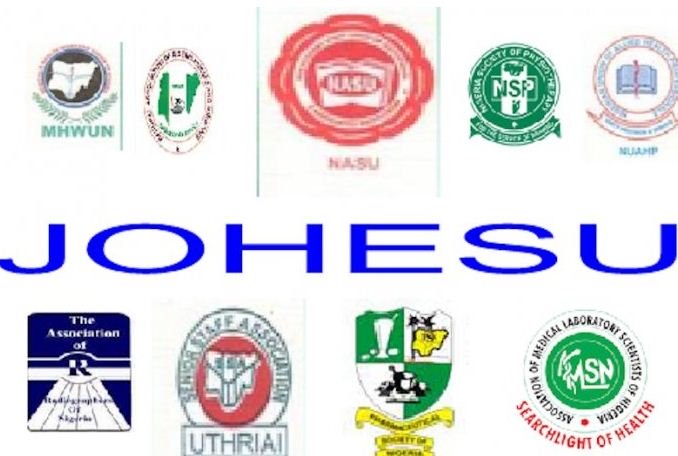 Following its deadlocked meeting with the Federal Government, the Joint Health Sector Unions has resolved to proceed with its strike with effect from midnight of Sunday, September 13, 2020.

This was the decisions reached after its expanded National Executive Council meeting held on Saturday.

But JOHESU in a three paragraph letter dated September 12 with ref. No. HO/JOHESU/ADM/FMoH/VOL.I/58, entitled: “Re: Notice of 15-day ultimatum/outcome of JOHESU expanded NEC meeting”, agreed to proceed on strike.

The document reads, “You would recall that at the end of the meeting held in your office on Thursday September 10 2020, JOHESU demanded that the outcome of the meeting between JOHESU and the Federal Government be reported back to our expanded NEC meeting and give a feed back to the Federal government within 48 hours.

“In the light of the above, the meeting of our expanded NEC was held today, Saturday September 12 2020. And at the end of the meeting, which was held both physically and virtually, it was unanimously agreed that since nothing concrete was achieved at the said meeting with the Federal Government, that the strike notice is still germane and alive.

“Therefore, the 15-day ultimatum still subsists and with effect from midnight of Sunday September 13 2020, our members shall withdraw their services due to Federal Government inability to meet their demands. Kindly accept the assurances of our high esteem.”