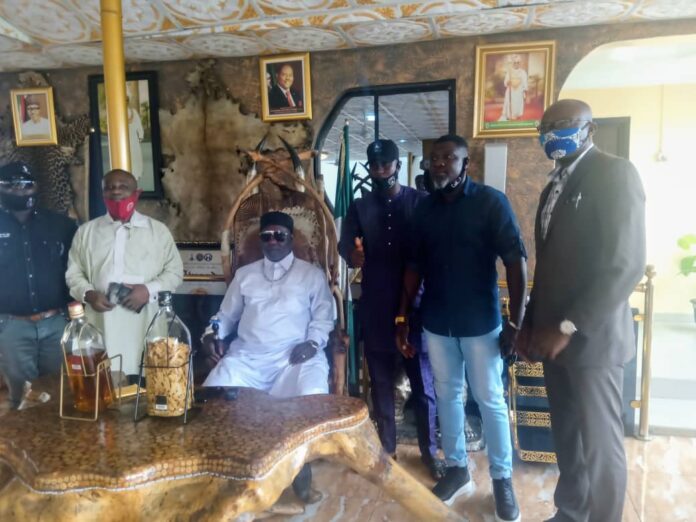 The Inspector General of Police, IGP, Mohammed Abubakar Adamu has been commended for coming up with the POCACOV initiative which is community driven and structured in line with the tenets of community-oriented policing in order to save the Nigerian children and youths from the claws of cultism and other vices such as sexual and gender-based violence, substance/drug abuse, thuggery and violence amongst others.

The commendation was made last Sunday by His Royal Majesty King Ateke Michael Tom, Sekuro Niger Delta and Amanyanabo of Okochiri Ancient Kingdom of Okirika in Rivers state when he received the River State POCACOV team on community engagement/mobilization visit to his palace ahead of the upcoming POCACOV summit in the state.

According to the Royal Father, “Cultism and other vices are like an ill-wind which blows nobody any good hence the need to set a direction for our youths to enable them remain on track and I commend the Inspector General of Police and the Nigeria Police Force on this POCACOV initiative which will help to cut the supply line.”

The monarch also assured of his continual support and maximum cooperation to enable POCACOV succeed in its mandate and for a successful South-South summit.

In his remark, the Rivers state POCACOV coordinator, DSP Abdullahi Yusuf Idi on behalf of the National Coordinator of POCACOV, CSP Ebere Amaraizu thanked the Royal Father for his attention and support for POCACOV in order to realize the aim of community peace building for safer community partnership amongst others.

He assured that POCACOV will continue to work with different stakeholders, especially the traditional institutions to achieve its mandate.