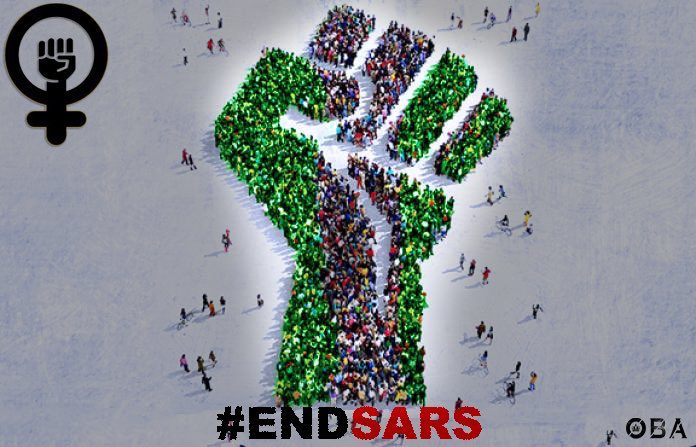 To be honest, some of our celebrities need to take a back seat and allow the common people drive and sustain this #EndPoliceBrutality protest like they’ve been doing if they can’t stick to the original plan. I know it can be tempting to think we can use the #EndPoliceBrutality protest to call out a governor for poor performance but believe me, once you leave the theme of the protest to start telling a governor addressing you that he is not performing, you defeat the purpose of the protest because rather than the governor engaging you and committing to your demands, he will simply see you as being funded by his opponents to discredit his govt. We are not protesting for fun. We are protesting to achieve result. Stick to the theme of the protest. When you get the desired result, you can then change the theme. Finish one before adopting another.

The Enugu protest yesterday and today were aimed at seeking justice for SARS victims with emphasis on one Ugochukwu Ozoude, a notorious SARS IPO popularly known as Orthopedic – a nickname he earned for regularly sending suspects to Orthopedic hospital, Enugu by breaking their bones with bullets in the course of interrogation. This man was as murderous as James Nwafor. He executed so many innocent people including Ugochukwu nwankwo, the son of Amechi Nwankwo – the Akpugo man who owns Premier Guest Inn, Agbani, one Ugochukwu akina, a resident of coal camp Enugu, one Chijioke Chukwuma, a native of anambra state, one Odinaka anyawu from IMO state, one Chukwuebuka Nzekude, one Elochukwu Okenwa from Akpugo, one Ikenna Nnam a resident of uwani Enugu, one young man simply known as Aji, a man called biggy from orji river in Enugu state, one Chibuzo ilonwogbu a native of orji river in Enugu state, and so many other people. For days, we’ve been assembling evidence and witnesses against him.

Phynofino and co left the whole plan to start telling the governor that he is not performing. I mean, did you go there to protest about governance in Enugu? Is the protest in other states about governance or Police Brutality? Why mixing things up? Yes, the protest is more than ending SARS and Police brutality. It is now about the failed system and bad governance but if you go with a specific list of demands, the wise thing would be to finish addressing the list first before delving into other matters. You can’t rump all together and expect result. How can this be difficult to comprehend?

For weeks, we’ve been discussing James Nwafor and now that we’ve discovered we have another James Nwafor who headed Enugu SARS, instead of sticking to the plan to ensure this man is brought to justice, we are mixing things up.

I’ve said this time without number that the Igbo problem is more internal than external. But, we cannot be mixing things up. Anambra protest recorded huge success because the protesters stuck to the plan without any unnecessary politicization and the governor quickly promised to visit all SARS detention centers to release anyone detained there. At least, families will get to see their loved ones again. Here, unnecessary 2023 zoning politics won’t let us be great. Now, the governors team are sharing pictures of Phyno, Flavor and co arriving Enugu in a car belonging to one Senator with 2023 governorship ambition and being lodged in a hotel owned by the Senator’s friend while Phyno and co are saying the govt threatened them. Now they’ve succeeded in making this about themselves. Who then fights for the SARS victims??

Stick to the plan if you want result. Finish one before adopting another.

Ugochukwu Ozoude is walking free. Please, if you have any horrible experience in Enugu SARS, share your experience let’s hold this man accountable. And stay focused. 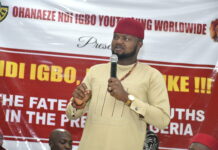 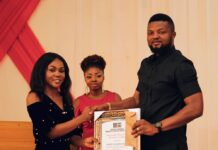 INTERNATIONAL DAY OF THE GIRL CHILD: Ensuring the rights, empowerment of the girl child in Nigeria, Enugu By Rt. Hon. Chima  Obieze

The Northernisation of PenCom: A Constitutional Breach? By Law Mefor