•We are working to free them from detention, Dabiri-Erewa says

The trio of Stanley Didia, aka Omah Lay; Temilade Openyi, alias Ms Tems; and Muyiwa Awomiyi have been remanded in a prison in Uganda. Omah Lay was remanded at Kitalya prison and Ms Tems at Kigo prison.

They were charged in a magistrate court in Makindye, Uganda, yesterday for “negligently doing acts likely to spread an infectious disease C/S 171 of the Penal Code Act.”

The Ugandan police said earlier plans of releasing them on police bond were suspended after their casefile was sanctioned by the Office of the DPP. They were jointly charged with four other Ugandans and remanded till Wednesday.

Omah Lay and Ms Tems were arrested by Uganda policemen for flouting Covid-19 guidelines shortly after their performance on Saturday night at The Big Brunch, a concert, that held at Speke Resort, Kampala.

The show, which is the first music concert in Uganda since the COVID-19 lockdown restrictions were imposed by President Museveni, was sold out.

Meanwhile, the Federal Government has said it is doing everything within its reach to secure the release of Omah Lay and Tems from detention. Commenting on the issue in a series of tweets yesterday, Abike Dabiri-Erewa, chairman of the Nigerians in Diaspora Commission (NIDCOM), said efforts are ongoing to ensure they regain freedom.

According to her, NIDCOM has teamed up with Geoffrey Onyeama, Minister of Foreign Affairs, and the Nigerian Mission in Uganda to look into the matter.

“It has just been brought to our attention. We are doing everything possible to get it all sorted #FreeOmahLay,” she wrote.

“The Nigerian mission in Uganda is doing everything to get them freed. [email protected] has also been on the matter. @nidcom_gov is also in touch with their lawyers. We must ensure we get them back home, safe and sound and fast #FreeOmahLay #FreeTems.” 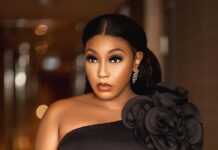 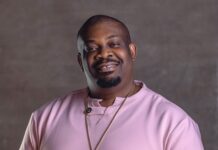 I sold akara while growing up – Don Jazzy 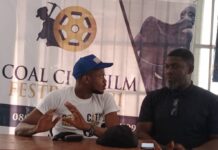