Within 24 hours, two statements were issued from the camp of the candidate of the All Progressives Congress (APC), Senator Andy Uba, one claiming the camp had rejected the Anambra governorship election results. The other stated that no such decision had been taken. The vacillation is not good for anybody.  The one rejecting the result gave some reasons in an attempt to justify the rejection, which need some attention.

It is surprising that the candidate of the APC is yet to  see the grand illusion on which he erected his hope for victory. The grounds he advanced for rejecting the results are so frivolous and contained the hangover of the deception, which some political power merchants hid behind to hoodwink him into believing that the coast was clear for his election as Anambra state governor. It was pretty difficult to place the newly found confidence in the APC’s candidate given the fact that he lost Anambra South Senatorial  election to Senator Ifeanyi Ubah barely  2 years ago.

Anambrarians were quite taken aback when they saw Andy Uba,  Orji Uzor Kanu and some others dancing to the popular tune by DJ Kaywise and Phyno,  “Umuaka highway” in a viral video a few weeks ago, ostensibly celebrating his impending victory at the poll that was yet to take place. The implication of that contemptuous show was that his victory was already a foregone conclusion. Other political parties in the election, especially APGA,  made a capital gain out of the video by using it to convince the Anambra voters that the APC  had concluded plans to install their candidate as governor without mandate and it incensed the voting masses.

Yes, so many chieftains of APGA curiously jumped to APC, an act that is now presented as evidence that APC was preferred by Anambrarians in that election. What a grand illusion.  Did the candidate consider that these so-called party chieftains may not really be working for the victory of APC but  for what they can get and to benefit from the illusion that federal might would be deployed to compel victory and they would want to secure their future by joining the sanctuary early enough.

INEC and security agents decided to work for the people and allowed their votes to count. To ensure neutrality,  the IGP had to redeploy the DIG who happens to come from Anambra and was earlier put in charge of the election’s security. Andy Uba and his party should have known it was not going to be business as usual. What was more, INEC was determined to deploy their new BVAS voting machine in Anambra as a sort of pilot scheme. That was another indicator that INEC was not prepared for any monkey business and votes were bound to count.

Yes, the BVAS machines didn’t work perfectly but that affected all the political parties and their candidates equally.  The frivolous argument that there was manual voting where BVAS machines failed is really weak and neither here nor there. Electronic voting is still not legally mandatory and allowing it in a few isolated cases in the Anambra election did not violate any extant laws and couldn’t have affected only Andy Uba and his party differentially.  Thus, bringing it in as a ground for rejecting Soludo’s victory is not only frivolous but also desperate.

The rejection script described APGA as ‘carcass’ before the election  for the reason that the fair-weather politicians left the party. APC did not consider how such so-called chieftains got to their present positions.  It is important to draw APC’s attention to the cliché,  ‘Nkea bu nke anyi’ – APGA is our own, APGA is Igbo party. Emeka Ojukwu made it so and whoever runs on the platform is already more than halfway coasting home to victory. Nobody knew Willie Obiano when  he ran under APGA in 2013 to become governor.  He won because of APGA and couldn’t have won on another party platform. The point is that there is a very strong possibility that Andy Uba could win if he were flying the APGA flag in this election.

The uncommon emotional attachment of Ndi-Anambra to APGA, which manifested in people openly rejecting money to vote for other parties and  the towering image and personality of APGA’s candidate combined to make Soludo the candidate to beat. It should also be noted that Soludo did not enter the election as an underdog. Rather it was Andy Uba who was, and who hoped on extraneous factors to deliver victory to him.

So many odds stacked up against Andy Uba. The sentiment against the Uba family of Uga as being responsible for burning down of Anambra  government house and kidnapping of a sitting governor, rightly or wrongly, remains a big source of animosity against the family. The repatriation of some Anambrarians from Lagos to Anambra under Fashola as governor is yet another issue that will continue to make APC look like a leprous hand in Anambra state.

The rising insecurity that vanished overnight with the intervention of the council of Traditional Rulers and Bishops of South-East when they secured the calling off of sit at home by the IPOB was a mortal blow to Andy Uba’s chances for the reason that the masses were able to come out, unafraid and unmolested. The insecurity which APGA blamed on APC had its telling effect as well as the issues of questionable certificates that cast Andy Uba as a dodgy figure and scared the voters the most, to say nothing about his performance at the debate, which was far below par.

APC and its candidate claimed that votes were allocated (by INEC). It is expected that a political party as big as the APC should have agents at each polling booth and at collation centres. Where INEC announced a different result from what was collated, the party agents should show the authentic versions with the copies collected,  to put a lie to the false ones. In the absence of such authentic results, the frivolity inherent in the APC and its candidate’s claims about vote allocation becomes quite obvious and distracting.

READ ALSO  Rt Hon Chinedum Orji: Speaker of the People, by the People and for the People! - By Jude Ndukwe

On the whole,  the rejection of the Anambra election results by the APC and its candidate Senator Andy Uba is nothing but showboating, and a feeble attempt to smear Soludo’s sweet victory and the mandate, which his people freely gave him to govern them for the next 4 years. Those urging Andy Uba along this slippery path are not his friends and may be trying to justify their promises to him and the logistics they received to deliver.

Imagine asking, where are the over 200,000 APC members who voted for Andy Uba at the purported APC governorship primary? Yes, where were they on Election Day? If they vanished without a trace, does it not suggest they never really existed, which goes to confirm the position of INEC,  many APC chieftains in Anambra and the rest that the party had no primary election in Anambra.

The PDP and the YPP candidates, Val Ozigbo  and Senator Ifeanyi Ubah who placed 2nd and 4th in the same election respectively, have congratulated Soludo. But APC and its candidate have refused to do the same on grounds quite frivolous and less than noble. However,  it is still not too late for the APC and its candidate Senator Andy Uba to do the needful and be part of the history that Ndi-Anambra have made with the election. For Senator Andy Uba particularly, posterity beckons. 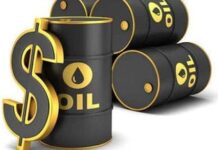 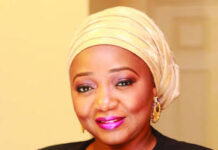 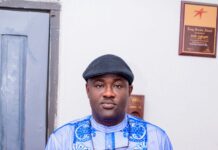