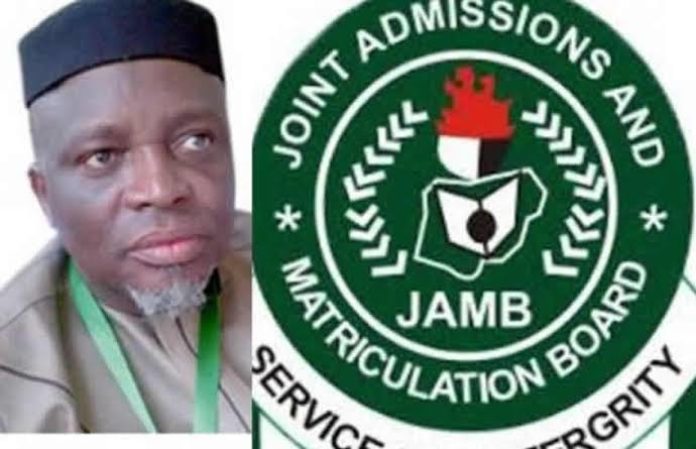 Today, the Joint Admissions and Matriculation Board (JAMB), released the result of 2019 Unified Tertiary Matriculation Examination (UTME) with a 15-year old Ekene Franklin scoring the highest mark of 347. He applied to the university of Lagos.

This was disclosed by Professor Is-haq Oloyede, the JAMB Registrar.  He said little Franklin from Imo state, who applied for admission to the University of Lagos, might not be admitted for being underage except he changes institution.

Similarly, the second highest scorer, 16-year-old Emmanuel Chidiebube, who scored 346 and also had chosen UNILAG as his first choice institution might suffer the same .

‘It would be recalled that JAMB had cautioned in the media that no candidate should register more than once and that multiple registrations adversely affect data which impact negatively on education planning in the country.

“We went further to announce that any candidate who wishes to gain admission through Direct Entry and had registered for UTME need not apply for DE separately but use the opportunity of an upgrade to the DE status at no cost without having to register more than once.

READ ALSO  FG to compensate the victims of flooding in Katsina

“The foundation of examination malpractice is laid at the point of registration with the active connivance of some CBT centre owners who allowed themselves to be infiltrated by those who parade themselves as owners of tutorial classes.

Unfortunately, some elite institutions that charge exorbitant fees, which they had made the parents part with in the name of secondary education, became active in the procurement of ‘best results’ for their students at all costs. These characters have permeated the system such that it is Herculean to confront and dislodge them. When one of the examination bodies recently decided that one category of teachers would not supervise its public examinations, all hell was let loose. However, the truth of the matter is that the body is correct in its resolve”, Oloyede said.
He disclosed that there were various ways in which perpetrators involved in multiple registration, stressing the use of “graduates and senior undergraduates to write examinations in the name of their pampered children who will then use the highest score to obtain admission to some institutions of choice, the not-too-rich do multiple registrations by simply re-arranging their names, then claim the highest of the scores obtained.

“The extent of this infraction is appreciated through the huge amount of money JAMB makes from the correction of names , dates of birth by the perpetrators. One of the major strategies of JAMB to counter this is the introduction of a short code where every candidate types his or her name and sends it directly to 55019 on the particular phone.

“This was introduced in 2018 UTME but it did not reduce the menace of multiple registrations as over N200 million was still paid to JAMB by the syndicate to correct data relating to pre-meditated name -error.

Another means deployed was to register more than one candidate who will all log into the exam hall and log out the legitimate owner who would now call for help as a result of not being able to access the questions. This scenario will ultimately cause the rescheduling of exams and allow professional examination writers to have as many candidates as possible to sit for”, Oloyede added.

On identical faces, he said this year, the Board deployed appropriate technologies to detect not only the facial duplication of candidates, but also biometric multiplication.

“The Board has also gone as far as identifying identical twins and siblings whose existence should be recognized, but not allowed to create a loophole for the fraudsters.

“Many twins across the country will testify that we were in touch with them as a way of verifying their identities. For those we are not sure of their distinct identities, we have created a platform to justify their characteristics in order not to throw the baby out with the bath water”, he added.

Consequently, the Registrar said those who have facial identities in multiples were cross-checked further by ascertaining their fingerprints.

“Where fingerprints are not identical or not more than two registrants even if their fingers are identical, we give them the benefit of the doubt especially when only one exam was taken. We canceled those with multiple registration and who wrote two or more examination with identical finger prints.

“We, therefore, caution that this is the last time that double registration will be given any consideration.

Henceforth, anyone who registers more than once will be taken to have engaged in examination malpractice and be treated as such. The bloated figure of registrants distorts data and derail proper planning”, he added.