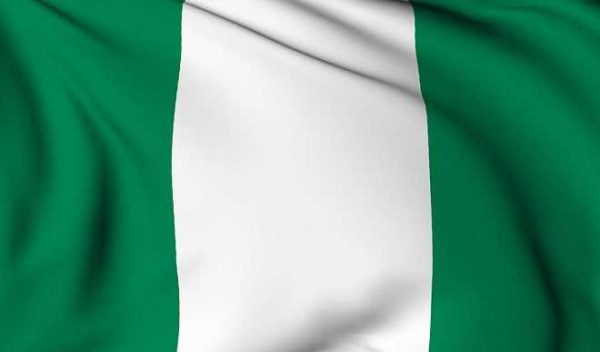 Lord Fredrick Lugard, a one-time governor-general of Nigeria, didn’t get the consent of the people(s) of Nigeria before he cobbled the northern and southern protectorates together. And, his wife, Christine Shaw, christened the geographical space Nigeria. That’s how the disparate ethnic entities came together to become Nigeria.

So, owing to Nigeria’s heterogeneous nature, she embraced and adopted the federal system of government. Federalism is thought to be suitable for countries with heterogeneity.

However, today, not a few federal nation-states have collapsed. The former USSR that was made up of fifteen republics dismembered irrespective of its implementation of the policy of perestroika and glasnost. Yugoslavia broke up, too. And some countries emerged from Czechoslovakia after it had disintegrated.

On the African continent, Eritrea pulled out of Ethiopia while Somaliland emerged from Somali. After suffering years of bloody conflicts, Sudan was bifurcated with South Sudan emerging from it.

Till now, countries on the African continent with heterogeneity are still being buffeted by bloody conflicts. In Kenya, the Lou and Kikuyu people(s) who are acutely aware of their different ethnic origins are still locked in the battle for political dominance and supremacy.

In Cameroun where Paul Biya is in the saddle of power for a very long time, the English-speaking people(Ambazonians) there are ceaselessly agitating for state-hood. Like the afore-mentioned African countries, Nigeria has had its fair share of violence and ethnic troubles dating back to the colonial era.

In 1953, the northern people threatened secession in their nine point programme. Adaka Isaac Boro declared the Niger-Delta republic in 1963; however, it was short-lived. And, the Nigeria-Biafra war raged between 1967 and 1970 with its calamitous and devastating consequences. Millions of human lives were lost on both sides in the fratricidal war.

Since the end of the Nigeria-Biafra war, Nigeria hasn’t known true peace, as ethno-religious and political troubles have become features of our national life.

After the cancelled June 12, 1993 Presidential election, Sani Abacha shoved aside Ernest Shonekan, the interim President then, and instituted a reign of terror in Nigeria. Members of NADECO like Alfred Rewane, Kudirat Abiola, and others were killed. And in the past, the north would erupt in a religious frenzy.

So, Gideon Akaluka was decapitated by Islamic fundamentalists for allegedly desecrating the Koran. His head was hoisted on a pole. Till now, waves of religious violence have been sweeping through the northern part of Nigeria resulting in needless deaths of people.

Today, Boko Haram, a deadly insurgent group, has emerged in the north. Their hatred or distaste for western education underpins their philosophy.

Brainwashed and indoctrinated with distorted version of Islamic teachings, they’ve embarked on a mission to establish Islamic theocratic government in the north of Nigeria, and beyond.

The crazed and murderous insurgents have seized the north-east of Nigeria by the jugular, killing people and taking female students captive. Some years ago, the Boko Haram group raided Chibok Girls’ Secondary in Borno state and took many school girls captive. It took intense negotiations between the federal government and members of the Boko Haram sect before the girls were released from captivity.

Lately, the insurgents raided Dapchi Girls’ Technical College, Yobe and abducted school girls. While other girls who are Muslims had been released and united with their families, Leah Sharibu is still in captivity for holding fast to her Christian faith.

Leah Sharibu has become a symbol of resilience and resistance to the Boko-Haram’s act of forceful proselytizing of people. Her non-release from captivity by the Boko Haram group has outraged the peoples of the world. But is the Nigerian government making concerted efforts to eradicate insurgency in the northeast of Nigeria?

While the Boko-Haram insurgency has remained unabated, the Fulani herdsmen are causing havoc in every nook and cranny of Nigeria.

The Fulani cattle herders, who have encircled proprietary hands of kinship around Aso rock, the seat of power, are emboldened in their despicable acts of homicide because of the indifference and inaction of President Buhari, a Fulani man.

From Lafia to Taraba, and from Enugu to Anambra, the Fulani cattle herders have run amuck, killing people and destroying the farmlands of farmers in their host communities. In the past week, they raided a community in Anambra West Local Government in Anambra State and killed six people. Where are the killers? Have they been arrested and arraigned as demanded by the law?

In addition to this, in Zamfara State where governance is on recess for many years, the state government is conceding the state to the rampaging bandits. In Zamfara, anarchy reigns while Governor Yari, a globe-trotter, is keen on satisfying and fulfilling his wanderlust desires. In other states like Kastina and Kaduna, pockets of violence do erupt there causing loss of human lives and property.

Nigeria has returned to the hobbessian state of nature where life is short, brutish, and nasty. In today’s Nigeria, we do not place high premium on human lives. That’s why a trigger-happy policeman shot and killed Kolade Johnson, recently, for violating no laws of Nigeria.

Now, teenage school boys, who are cultists relish listening to mordant tales instead of imbibing the habit of reading. They kill one another in the name of rival cult fights. Now, the entire south-east is suffering from the infestation of cultism with its attendant deaths of young people.

However, it is our political leaders at different levels of government who arm and sponsor the cultists to unleash harm on their political opponents and rivals during electioneering and on election days. But he who sows wind will reap whirlwind. Nigeria has now become an infinity of unsolved murder cases because our political leaders are complicit in the deeds.