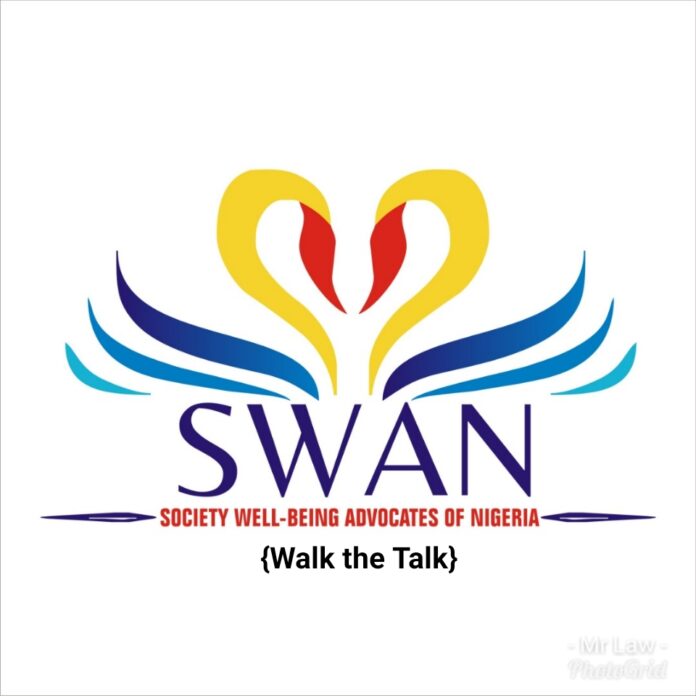 …advocates for ease of doing business in Nigeria

The Society Well-being Advocates of Nigeria (SWAN) has expressed happiness over the evacuation of Nigerian citizens resident in South Africa back to the country over the deadly xenophobic attacks that has claimed lives of foreign nationals in recent times.

SWAN, however, said more needed to be done to permanently address the root causes of mass movement of Nigerians to South Africa and other countries, adding that empowering or enrolling those evacuated into any social programme is not enough unless the issues forcing them to leave Nigeria is critically addressed.

“We are happy with the evacuation of Nigerians from South Africa at least to save their lives, but this is a temporal measure that has no solution. The big question, the causes of the mass movement of Nigerians out of Nigeria must be addressed,” SWAN noted in a statement forwarded to our correspondent.

According to the DG of SWAN, “It’s a good omen for a country to evacuate her citizens from unsafe places to protect their lives and property which is the government’s primary responsibility. It’s a better Omen to promise to enroll them into social programs to get them started again but if the root cause of their first movement is not addressed, they will move again. We have had incidences where a lady who was deported from Libya begged to return back to slavery instead of staying in Nigeria. This did not speak well of Nigeria.

“Of course, we know that migration is part of human history and no country, no matter the level of development can boast of their citizens not traveling to other countries for a greener pastures including South Africa but the level at which Nigerians migrate is an evidence that the country is not favourable to her citizens.”

Also, one of the great SWANite, Comrade Elizabeth Idris raised some issues which she said must be urgently addressed.

According to her, “the plan by the federal government to evacuate and to enroll returners in social intervention programs is a good step only if it is truly implemented to the latter because Nigerians have lost faith in our government as a result of countless promises similar to this made in times past.”

Elizabeth said the social intervention programmes would be meaningful only if the businesses set up by the returners are allowed to survive.

“What is the point of setting up a business that will fail before they even settle down?” she asked. “Hostile business environment is the problem here and must be reversed so as to stop mass migration of Nigerians.

“The importance of small and medium scale businesses to the growth of an economy cannot be over-emphasised. All that Nigerians need is support, encouragement, and ease of doing business. But, there is no ease of doing business in this country. The business environment in Nigeria is very hostile. I advise our government to reverse this trend to encourage Nigerians to come home and do business,” Elizabeth added.

In the words of another committed SWANite, Comrade Justina Micheal, “Wednesday, September 11, 2019, the day Nigerians were evacuated from South Africa is a day that will not be forgotten in the history of Nigeria. To return home is the wisest decision taken by them to save their lives.”

She called on the Nigerian government to keep their promises to enroll them into programmes that will facilitate their stay.

READ ALSO  Role models under 40: Meet our personality of the week

Justina also called on the bank of industry and NGOs, including SWAN to offer them assistance to start life in Nigeria.

SWAN, however, recommend and demand that the Nigerian government should, as a matter of urgency, address the issues raised and give Nigerians favourable environment to live and thrive in the country.

“The government must develop plans and structures to provide ease of doing business in Nigeria. Only then will Nigerians stay and work hard to develop their country and other nations will begin to come to do business in Nigeria,” the statement concluded.