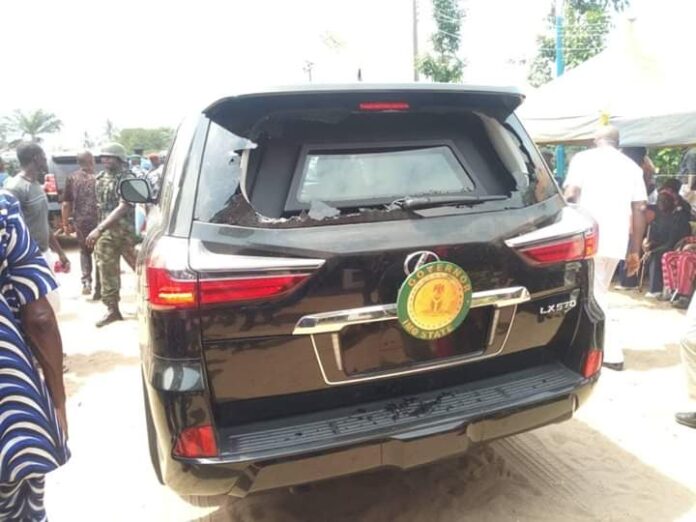 The governor of Imo state, Sen Hope Uzodinma on Sunday, 8th March, 2020, escaped a mob attack at Ohaji/Egbema part of the state.

It was a sad scene as the governor was interfacing with some traditional rulers in the community when the youths that learnt about his presence stormed the area gathered and started shouting at him.

The Mmahu community youths were calling him “Onye Oshi Vote, Onye Oshi Vote” (literally translated stealer of votes) and at the same time, throwing bottles and stone on the Bullet proof SUV of the Governor.

The governor was immediately whisked away by security operatives.