In a statement by the State command’s PRO ASP Ndukwe, items recovered from the suspects include: “two (2) locally made pistols with five (5) live cartridges, one (1) tricycle and four (4) mobile phones.”

Acting on intelligence gathering, operatives of the Command attached to Abakpa Police Division on April 7, “arrested one Nweke Friday, aged 32yrs, at Ogwuege, Abakpa-Nike, Enugu after him and other members of his gang, now at large, robbed a victim of a Tecno phone at gunpoint. One locally made pistol with four (4) live cartridges, two phones and a black bag were recovered from the suspect. Further investigation to arrest and bring to book other fleeing members of the gang, alleged to have been terrorizing the area, is ongoing at the Command’s Special Anti-Robbery Squad.”

Also on April 7, operatives of the Command attached to Uwani Police Division, while on patrol along Onwudiwe by Ohafia Street, Uwani Enugu, “arrested one Chukwuemeka Ani, aged 23yrs; Chidera Chukwu, aged 21yrs; and Udoka Nwalo, aged 38yrs, and recovered a suspected stolen Bajaj tricycle, yellow in colour, with Reg. No. ENU 600 VL, two (2) knives and two (2) iPhone phones they robbed from different victims at Niger Foundation Hospital, Independent Layout, Enugu. Preliminary investigation shows that the suspects, who have been terrorizing Uwani and other parts of Enugu metropolis, were fleeing from the Ogui axis in the alleged stolen tricycle when they were apprehended. The case is undergoing further investigations at the Command’s Special Anti-Robbery Squad.”

READ ALSO  Update On The Abuja Bank Robbery: One Killed, Banker, 3 Others Arrested

Operatives of the Command attached to Oji-River Police Division, while on routine patrol along Enugu/Onitsha highway within the Umumba/Ezeagu axis of Enugu, on March 28, “arrested one Uchechukwu Nwafor, aged 30yrs, who had fallen off a moving motorcycle in an attempt to escape being apprehended by the operatives. One (1) locally made pistol and a live cartridge was recovered from him. The case is undergoing further investigation at the Command’s Special Anti-Robbery Squad.”

In addition, a kidnap suspect, Abdulmuminu Alhaji Sani, aged 32yrs, was apprehended on April 6 by operatives of No. 3 Police Mobile Force Enugu, while on stop-and-search duty along Enugu/Onitsha Highway and was taken to Oji-River Area Command for necessary action.

According to Police statement, “Preliminary investigation into his case, reveals that the suspect was involved in the kidnap of one Sergeant Sale Shehu attached to No. 3 Police Mobile Force, Enugu at Obioma in Udi LGA of the State on 09/09/2018 at about 1830hrs.”

His case has been transferred to the Command’s Anti-Kidnapping Unit for further investigation.

Also, following a report, a food poisoning suspect identified as Okonkwo Sunday, aged 52yrs, was on April 8, arrested by operatives at the Central Police Station “for allegedly emptying a can of a suspected toxic liquid substance on about 143 bags of garden eggs worth N729,000.00 at Akwata sub-market of the Ogbete Main Market, Enugu. Investigation to ascertain the real motive(s) of the suspect as well as apprehend and prosecute accomplice to the crime is ongoing at the State CID.”

Consequently, the Commissioner of Police, CP Ahmad Abdurrahman, while commending the efforts of the dogged officers, security stakeholders and the law-abiding citizens of the state for the collaboration and support that made these achievements possible, has reiterated his commitment “to always get tough on unrepentant criminal elements in order to achieve maximum public security and safety in the state, especially in these trying times of the COVID-19 pandemic.”

He charged all Area Commanders, DPOs and Heads of Tactical/Operational Departments of the Command to redouble their efforts and be resolute in curbing crimes and criminality in the State.

Meanwhile, the peace-loving citizens of the state have been urged to promptly report suspected criminals and acts of criminality to the nearest Police Station or by contacting the Command on 08032003702, 08075390882 or 08086671202 or by sending electronic mails to contact042ppro@gmail.com.

Below are pictures of some of the suspects and items recovered from them. 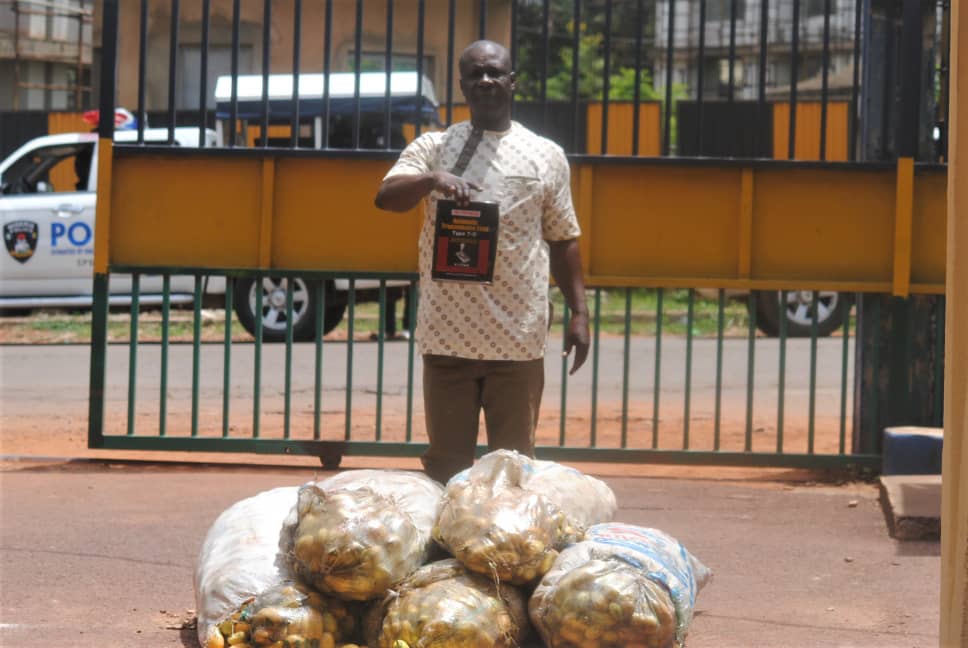 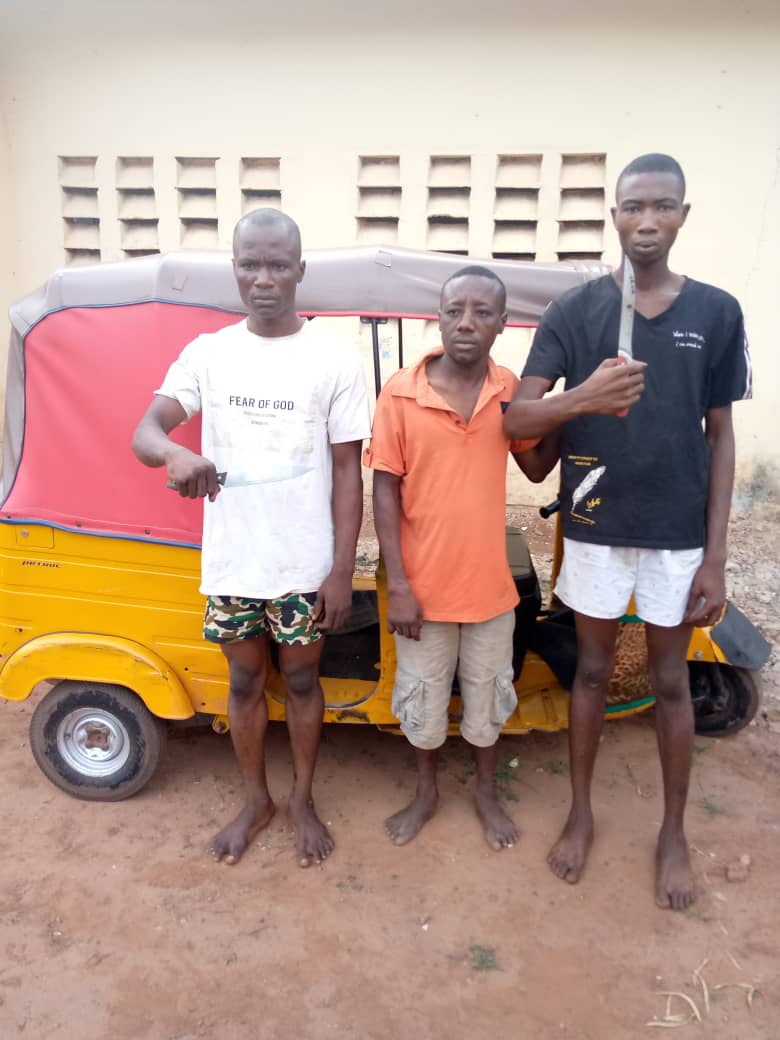 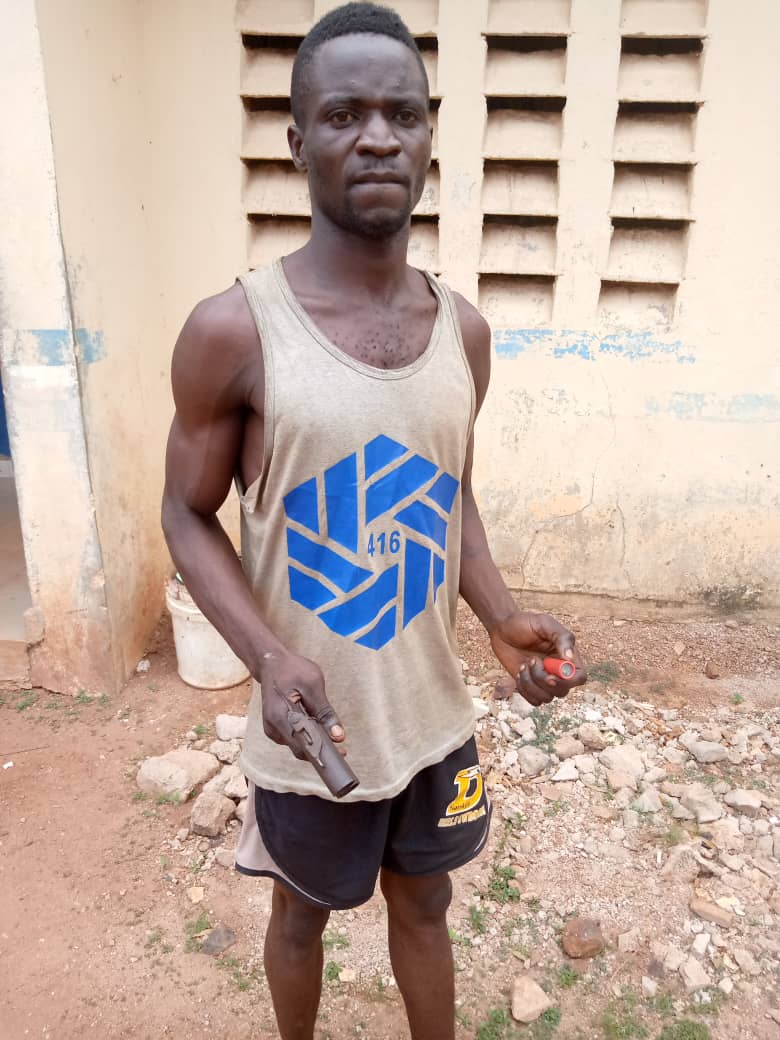 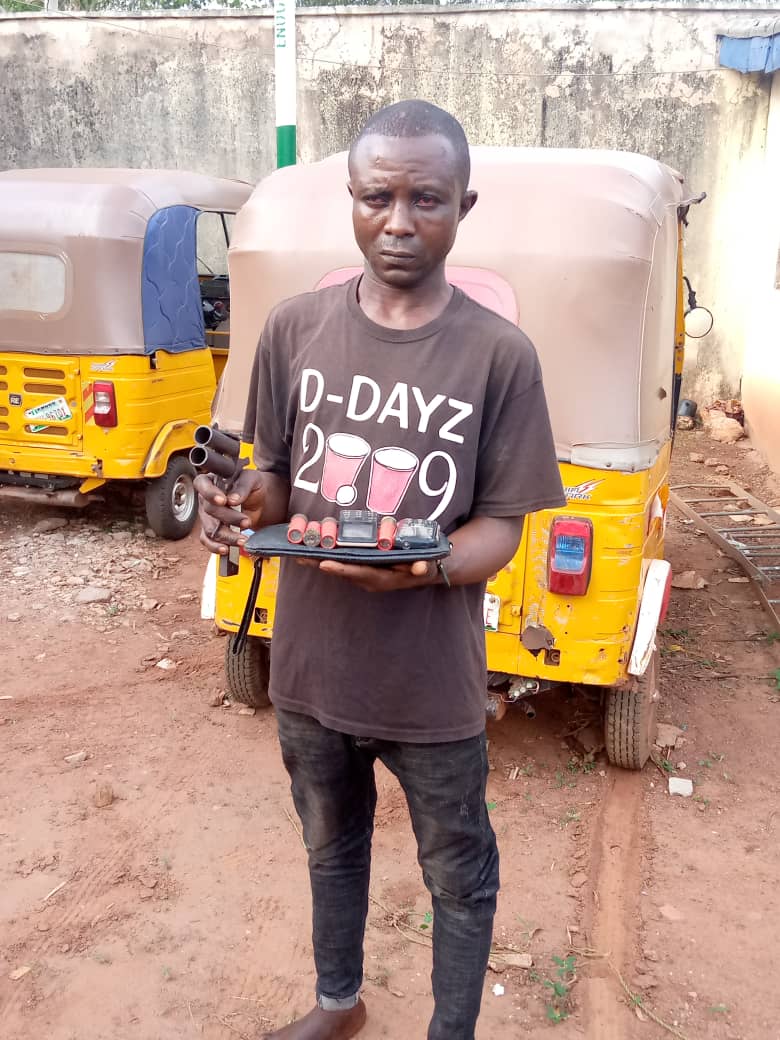 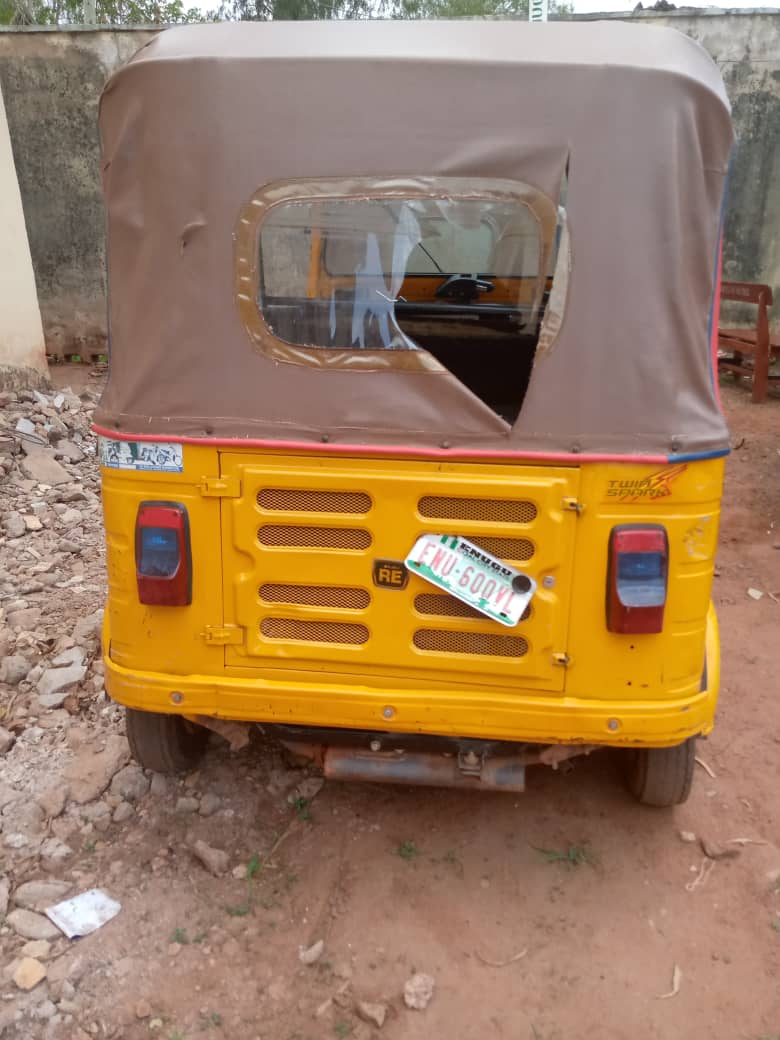 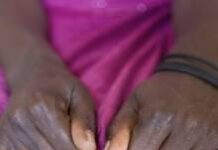 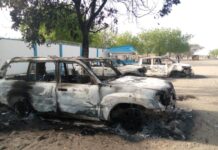 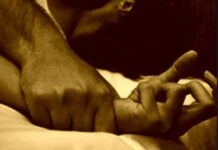