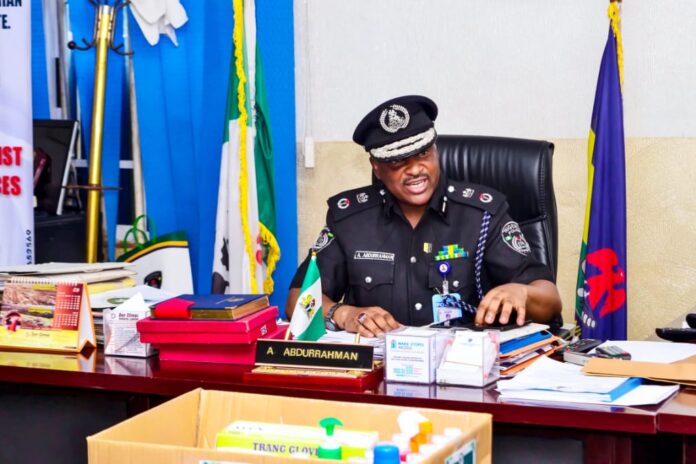 The Enugu State police command has reiterated her readiness to enforce the partial reopening of Ogbete Main market Enugu and to enforce the nationwide curfew as announced by President Muhammed Buhari.

Journalist101 Recalls that the Enugu State government had ordered the reopening of the market under the following condition;

ASP Ndukwe Daniel in a press statement said; the Commissioner of Police, CP Ahmad AbdurRahman MCPSS, MCJ, MNIM, while enjoining the affected shop owners of the Market to adhere strictly to the Orders, has enjoined citizens to remain law-abiding and compliant with those still in force, as any person(s) found violating any of the Orders will be arrested and prosecuted accordingly.

He further stressed that; “the Commissioner has warned and directed all Area Commanders, DPOs, Heads of Tactical/Operational Departments and Formations, to ensure the strict enforcement of these new and existing Orders in the most professional manner, as any Officer(s) found wanting will be dealt with accordingly.

Similarly, ASP Ndukwe in a different statement said; “Sequel to the Nationwide Address by His Excellency, Muhammadu Buhari GCFR, President of the Federal Republic of Nigeria, on 27th April, 2020 wherein he issued new Orders to contain the spread of the novel Coronavirus pandemic in the country, and the consequent directive of the Inspector-General of Police, IGP Mohammed Adamu, NPM, mni on the professional enforcement of the Orders, the Enugu State Command of the Nigeria Police Force wishes to reassure the general public, especially residents of the State of its preparedness to enforce the new Orders, alongside those still in force in the State, in the most professional way and manner deemed non- prejudicial to discipline in the Force.

“Consequently, these new nationwide Orders, as applicable and to be enforced without fail in the State, with effect from 4th May, 2020, include:

“Daily overnight curfew from 2000hrs – 0600hrs (8PM to 6AM) across the State. This means that persons and vehicular movements, except for those on essential movements with valid proof, are prohibited;

“Consequently, the Commissioner of Police, CP Ahmad AbdurRahman MCPSS, MCJ, MNIM, while enjoining citizens of the State to remain law-abiding and compliant with these Orders, especially now that the COVID-19 pandemic is said to be in its “Community Transmission Stage” in the country, has made it clear that any person(s) found violating these new and existing Orders, will be arrested and prosecuted accordingly.

“In view of this, the CP has warned and directed all Officers in the Command, especially Area Commanders, DPOs, Heads of Tactical/Operational Departments and Formations, to ensure strict enforcement of these new and existing Orders. He also warned them to be professional, forbearing and avoid acts that could be prejudicial to discipline in the Force while enforcing the Orders, as any Officer found wanting will be severely sanctioned and their supervisors held vicariously liable for supervisory failures.