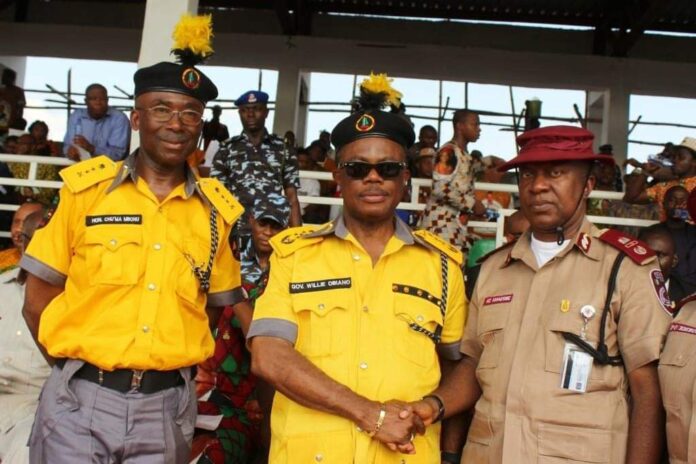 AWKA— It is no longer business as usual for traffic offenders in Anambra as Anambra State government on Tuesday said it was considering imprisonment, forfeiture of drivers’ licenses as well as psychiatric tests as punishments for traffic violators in the state.

Commissioner for Transport, Dr. Christian Madubuko who disclosed this to newsmen and traffic managers, said traffic offenses were major causes of mishaps on roads in the state.

He warned that the government would no longer take it lightly with anyone that violates traffic rules.

He said, “We are considering punishments like imprisonment, forfeiture of drivers’ licenses as well as psychiatric tests.

“Once a driver beats traffic light, it means he may hit an oncoming vehicle. Any of such traffic violators will pay heavily for this.

“Traffic lights have already been installed at Aroma, Amawbia and Kwata junctions.

“Other places like Onitsha, Ekwulobia, and Nnewi have been mapped out for such installations.”

According to Madubuko, Awka as the state’s capital was undergoing proper planning targeted at making it grow into a megacity.

He enjoined Anambra Traffic Management Agency (ATMA) to continue to do its job at major junctions where traffic lights were yet to be installed to ensure the free-flow of traffic.

Madubuko further urged the motoring public to obey traffic laws, saying, “Citizens must also contribute to ensuring good traffic control because Anambra belongs to all of us.

“We can all work together to make it a great city without waiting for the government.”